Thu brings her extensive legacy and technology platform experience to RadioMobile, being the backbone for our software and engineering field ever since. 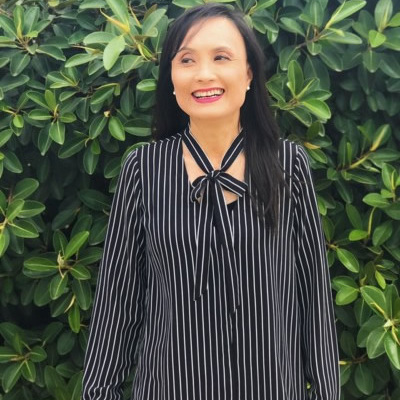 An inspiration to many women, Thu leads the pack of software engineers here at RadioMobile, as she oversees the design and development of the suite of software networking and mobile products. Originally from South Vietnam, Thu graced San Diego with her presence in 1982 at the age of nineteen, wanting more for herself and for her family than what her motherland could offer.

Getting into software engineering was no difficult task for Thu – it was something she realized she had the brains for and was naturally great at it, not to mention she was spared the burden of having to write too much in English classes to obtain a degree. After a plethora on math and science classes, Thu got her degree in Computer Science from University of California San Diego and worked for several companies soon after that, with an innate ability to be a leader and guide people in her field of expertise.

In 2001, Thu took her extensive legacy and technology platform experience to RadioMobile, being the backbone for our software and engineering field ever since. She’s earned the praise, working countless hours in her office, perfecting all the components that go into our products’ software. Currently, she is responsible for the complete product life cycle – from design and development to implementation.

Of course, there’s more to this hard-charging engineering wizard than meets the professional eye. Every Sunday, Thu attends service at the Buddhist temple and volunteers there with her mother on a weekly basis, spreading as much love and kindness to others as she can. Being an active person, Thu likes to explore new things and new places, finding beauty in any scenery that she travels to. Until this day, she holds true to her Vietnamese roots, and works to preserve that culture within herself and her family, especially her two daughters. You can take the girl out of Vietnam, but not Vietnam out of the girl.

Fun Fact: Besides being a genius with software engineering, Thu has a passion for cooking. She has an amazing recipe for flan, which blows away all of those who have tried it.