Jim brings with him over 25 years of experience, some of which he served as COO, VP, and Director of both high-profile fortune 100 organizations in developing, incorporating, and producing commercial wireless telecommunication systems. 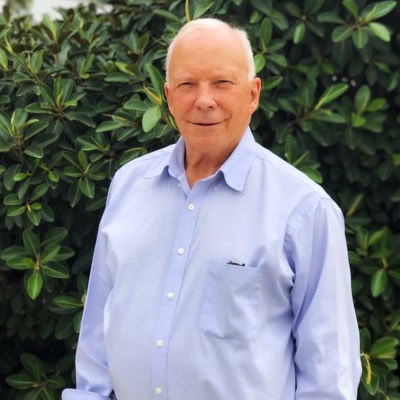 The words to describe our CEO could never really do him justice. When it comes to Jim Moore, you get the jack of all trades as far the engineering world is concerned. Born in NYC and raised in New Jersey, Jim was always the kid in high school messing around with gadgets and fixing equipment for people simply because he could. Those skills stayed with him as he migrated to Memphis, Tennessee, where the exposure to the music industry had him pressing records for 8tracks and cassette tapes – amongst other music equipment.

After serving in the US Army, Jim found himself in the commercial radio industry, and joined Federal Express in 1977 to develop courier communications. This was his first exposure to the public safety sector, leading to a commercial nationwide deployment of a computer-based mobile date fleet management system. This line of work gave birth to the first wireless online real-time package tracking system.

As a visionary, Jim began to see bigger things for himself and the work he could do, which led to him to start RadioMobile. Jim always wanted to get back into engineering, and was able to do so after obtaining his Masters of Science in Engineering Management. His education, versatile experience, and strong ability to see things as they are planned out became the key ingredients needed to make a company like RadioMobile successful.

To his friends and family, Jim is the fun-loving character that tries not to take things too seriously, and devotes his free time to church community endeavors and basking in the achievements of his children and grandchildren – the large biological empire that he and his wife created. Don’t be deceived though: at work, Jim turns on his professional switch and the go-getter in him makes sure that his employees see the same vision as him when it comes to creating the best products out there for public safety.

Not to toot his horn or anything, but the man brings with him over 25 years of experience, some of which he served as COO, VP, and Director of both high-profile fortune 100 organizations in developing, incorporating, and producing commercial wireless telecommunication systems. Someone with that experience and set of skills demands only the best from the people who work for him, aiming for the same vision that he sees.

Fun Fact: Jim holds multiple pilot’s licenses, and has flown all over the U.S. with his family. Talk about an expensive hobby.